FAQs: What To Do When Your Condo TOP Gets Delayed 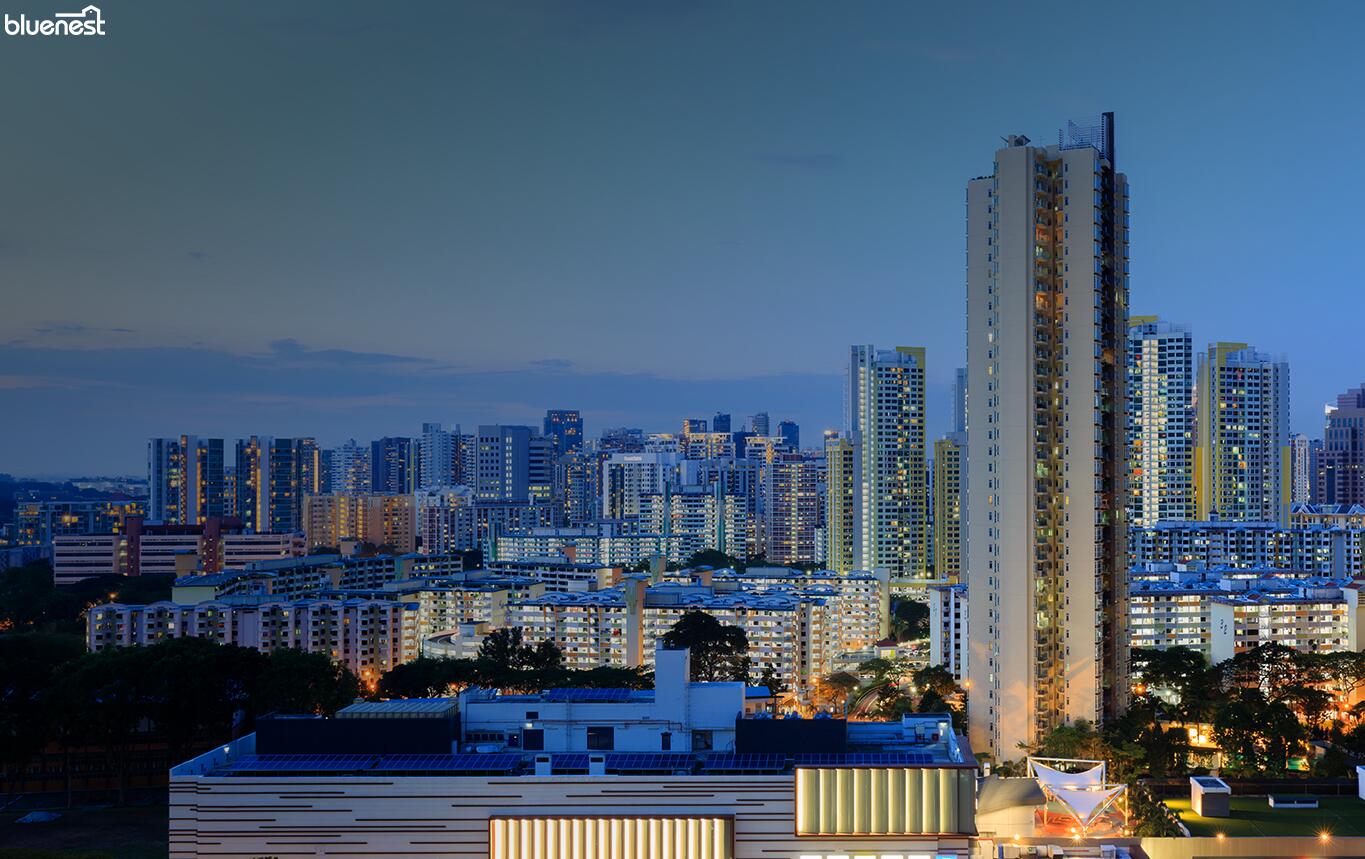 Following the continuing TOP delays across the country, there’s been a lot of uncertainty.

In HDB’s case, they’ve been upfront about their communication and new timelines. Buyers can also claim reimbursement by submitting proof of out-of-pocket costs they incurred during the delay.

But what do you do if your condo TOP is delayed and you haven’t heard from the developer? Do you have a right to compensation – and if so, how do you get it?

Today, we’ll cover the most common questions on the topic:

Anything from bad planning, improper site management, and inaccurate engineering estimates to conflicts with subcontractors and manpower shortages.

During the COVID-19 pandemic, construction delays across Singapore were mainly because of manpower and material shortages.

Entire worker dormitories were in quarantine. Migrant workers rushed home to see their families and then found themselves unable to return. Movement control orders in Malaysia led to widespread component shortages. Safe distancing meant the number of workers who could be on site was drastically cut.

Today, the pandemic has eased somewhat (though the threat of monkeypox is looming). Most construction workers have returned to Singapore. But supply chain disruptions still remain and are causing continued BTO HDB and condo TOP delays.

Yes, though this is rare.

Note, though, that TOP dates are not legally binding. The term stands for Temporary Occupation Permit after all: it’s meant as a form of goodwill so buyers can move in if the construction is done earlier.

What you should be looking at instead is the Vacant Possession Date in your Sale & Purchase Agreement (S&PA). This is the legal deadline by which developers must deliver a freshly-completed unit to you, failing which they’ll have to pay you liquidated damages.

You may also notice an “Expected Date of Vacant Possession” or “Expected Date of Completion” in the marketing materials for the condo. These are estimates, not hard deadlines. Your S&PA is the best reference for when you’ll get your condo and how much compensation you’re entitled to if it’s late.

“The Vacant Possession Date is the legal deadline by which developers must deliver a freshly-completed unit to you, failing which they’ll have to pay you liquidated damages.”

Communication with the Developer is Key

It can be shocking to receive news that your condo’s TOP date has been delayed. It could be a small issue and the actual Date of Vacant Possession hasn’t changed. Or it could be a bigger issue, like the developer struggling with cash flow.

When your condo seems to be delayed, your first step is to get in touch with other buyers. You’re unlikely to be the only one affected, and coordinating responses with other condo buyers can put pressure on the developers to deliver timely updates.

Next, reach out to the developer’s Customer Care Team through their website or social media. Your property agent might also be able to help here.

Be sure to document all communication to and from the developer. Hopefully it doesn’t go as far as collective legal action, but if things get really bad, having everything in black and white will help with the legal proceedings.

Can I Claim Compensation If My Condo TOP Is Delayed?

Not usually. As we mentioned earlier, TOP dates are merely estimates and meant as goodwill if construction finishes earlier. Legally, you’re only entitled to compensation if the developer goes past the Vacant Possession Date and it’s solely their fault. There’s usually a buffer between the TOP and Vacant Possession Date, so developers have some leeway to delay the TOP.

How Do I Claim Compensation?

In most cases, developers who can’t meet the Vacant Possession Date will contact you first. Claiming compensation is a simple matter of filling out the form that they give you.

If they’re not as forthcoming, you may have to take the first step as we’ve outlined in the communication measures above.

If you’ve already reached out to the developer and haven’t gotten a response, it’s best to contact your conveyancing lawyer early on. In the worst-case scenario, you’ll need your lawyer’s help to claim compensation.

Most S&PA contracts in Singapore have similar terms since it’s a standardised form set by the government. In most cases, developers who delay the Date of Vacant Possession are liable to pay you liquidated damages on a daily basis at a rate of 8-10% per annum on the total amount you’ve already paid to the developers.

During the COVID19 pandemic, there was an exception to this. If a buyer entered into the S&PA before 25 March 2020 and the Vacant Possession Date was on or after 1 February 2020, the developers could seek an extension of up to 122 days. (The COVID19 relief measures have since ended.)

What If Developers Have Cash Flow Issues?

If the nightmarish cases of Laurel Tree and Sycamore Tree are any indication, the law still offers you some protection. Both condo developments were supposed to get their TOP in 2016, but even in 2019 the condos still weren’t complete.

That’s a risk with boutique condos from smaller, less-reputable developers. Despite the safeguards in place, somehow the developers had managed to empty the project accounts. There was no money to pay the contractor, let alone compensate the buyers for liquidated damages.

In the end – and after going through property agents, the Controller of Housing (COH), lawyers, and even the media – the court ruled that the condo buyers had priority claims to their uncompleted homes. UOB offered to bear the extra costs to complete the project, provided the buyers waived their rights to claim liquidated damages.

Make sure you look into the reputation of the developers before you put down any money for a new launch.

What Measures Are In Place to Prevent Condo Delays From Cash Flow Issues?

When you buy a new launch condo, the funds that the developers get from you go directly into a Project Account. If the developer takes out any loans for the project, those funds also go into the same account.

There are strict rules in place about how and when licensed housing developers can withdraw any money from the Project Account. For example, they can take money out to pay the architect and contractors, or cover the property taxes for the land. (Source: Housing Developers (Project Account) Rules)

The bank holding the funds isn’t allowed to release any money unless the developer can provide proof that the money will go toward developing the condo.

That’s why it’s rare – and shocking – for developers in Singapore to not be able to finish building a condo because of cash flow issues.

Can I Back Out of the Purchase If It’s Delayed?

Given that HDB allowed BTO buyers to back out of the purchase if their flats had been delayed, you may be wondering if you can do the same with your uncompleted condo. For the most part, that’s a no – you’ll have to follow what’s in the Sale & Purchase Agreement.

In Singapore, the S&PA terms are set by the Housing Developers (Control and Licensing) Act, with every developer largely following the same format. That means that barring any exogenous event, you’re stuck with the developer you’ve chosen until the end.

For more context: HDB did refund the option fee and downpayment if BTO buyers wanted to back out, but only on an appeal basis for those with urgent housing needs. In most other cases, HDB chose to compensate buyers instead (though many complained that the compensation wasn’t at all enough to cover rental costs for the period of delay).

What If I Have a Tenant Lined Up?

This is where both a Delay of Commencement and a Delay of Possession clause in the Tenancy Agreement is important:

But if the delay on your TOP is undefined or far longer than expected, we recommend communicating with your tenant as soon as possible. Give them the option to terminate the Tenancy Agreement and refund the security deposit, if you’ve collected it. If you don’t, the tenant has justifiable cause to take the case to court.

For the avoidance of doubt, the reimbursement you can claim from the developer does not include opportunity costs – like the loss of rental income due to a failed tenancy.

Can I Extend My Extension of Stay If My Condo TOP Is Delayed?

If you’ve sold your HDB and arranged for a Temporary Extension of Stay, your extension terminates automatically at the end of 3 months. You’ll need to make other arrangements if you expect your TOP delay to continue. (Read also: Extension of Stay HDB – Traps to Avoid to Protect Both Sides)

However, if you have an extension of stay or leaseback arrangement with the buyer of your private property, you’ll have to abide by those terms. And since it’s a private arrangement, you have the option of asking your buyer for more time. They may be more than happy to continue renting you the unit.

Zen is part of the core team of Sales Directors at Bluenest. He's been on many radio talk shows over the years sharing his expertise in the field of real estate. He recently represented Bluenest as a guest on the radio show, Open House on CNA938.